This really seems as if we really happen to be your care takers as we are suggesting you some of the best crochet patterns for some stylish sweaters and hats and booties for the kids, and today we have come up with an inspiration of a dragon scale finger less crochet gloves, sounds great right? If you too are willing to look a bit different and want to grab the attention then trust me you have to try these weird yet sexy crocheted gloves along with some very creepy outfit. They are not only named as dragon scale gloves but they really look like the one.

See this, isn’t this an entirely new idea for making these fingerless gloves? The idea is different, the design is different and above all the impression is really creepy, like you are really going to look like an excessively self obsessed and mysterious character trust me. 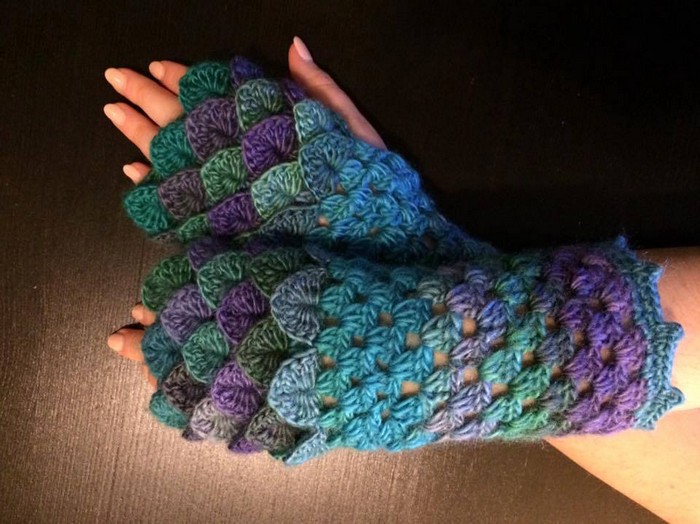 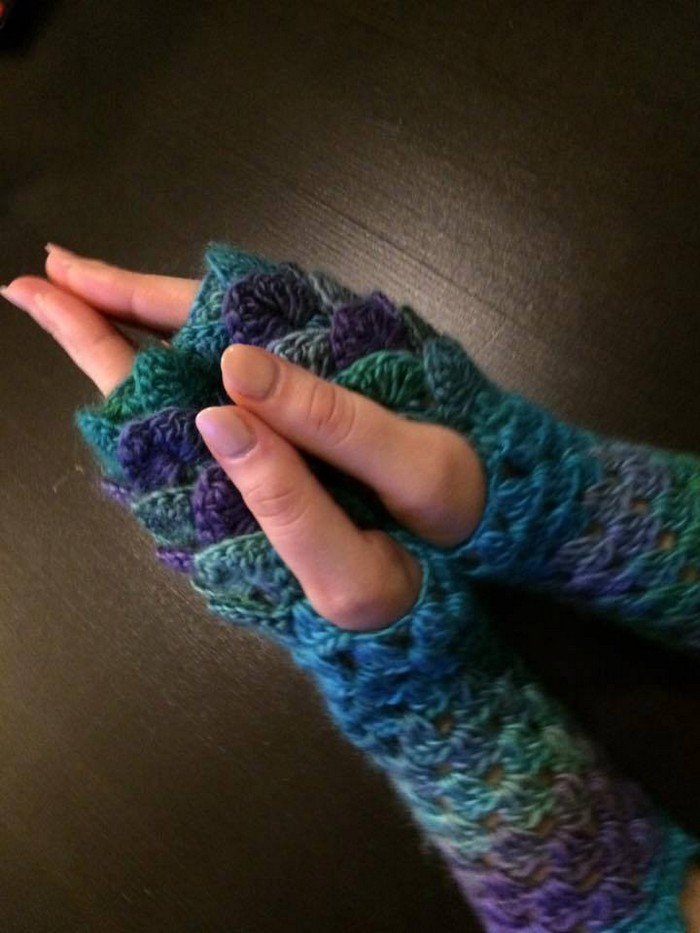 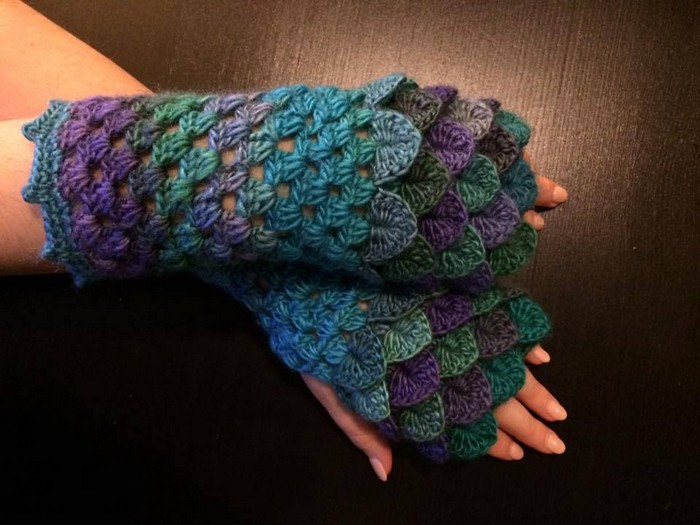 I know making this one isn’t going to be that easy and simple, for this you certainly have to be on a certain level of expertise to figure out the exact stitch patterns because for the time being I am not generous enough to share all the details. 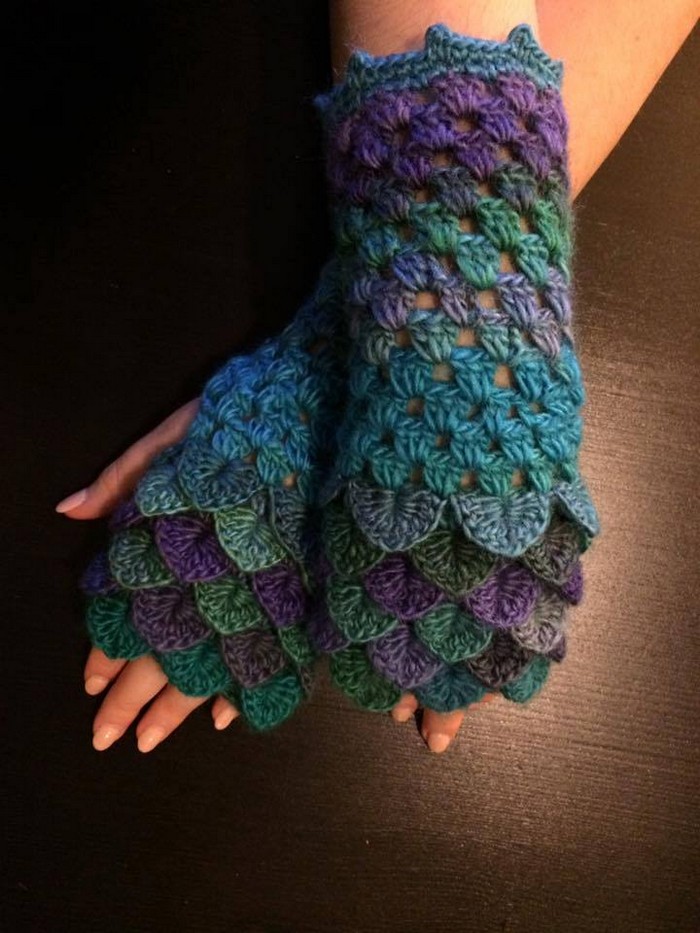 Guess what, when I saw this gloves crocheted inspiration for the first time the first thing that came to my mind was the mermaid, I just don’t know why. May be this was due to the color combination or the stuff, you might have your own different visions. 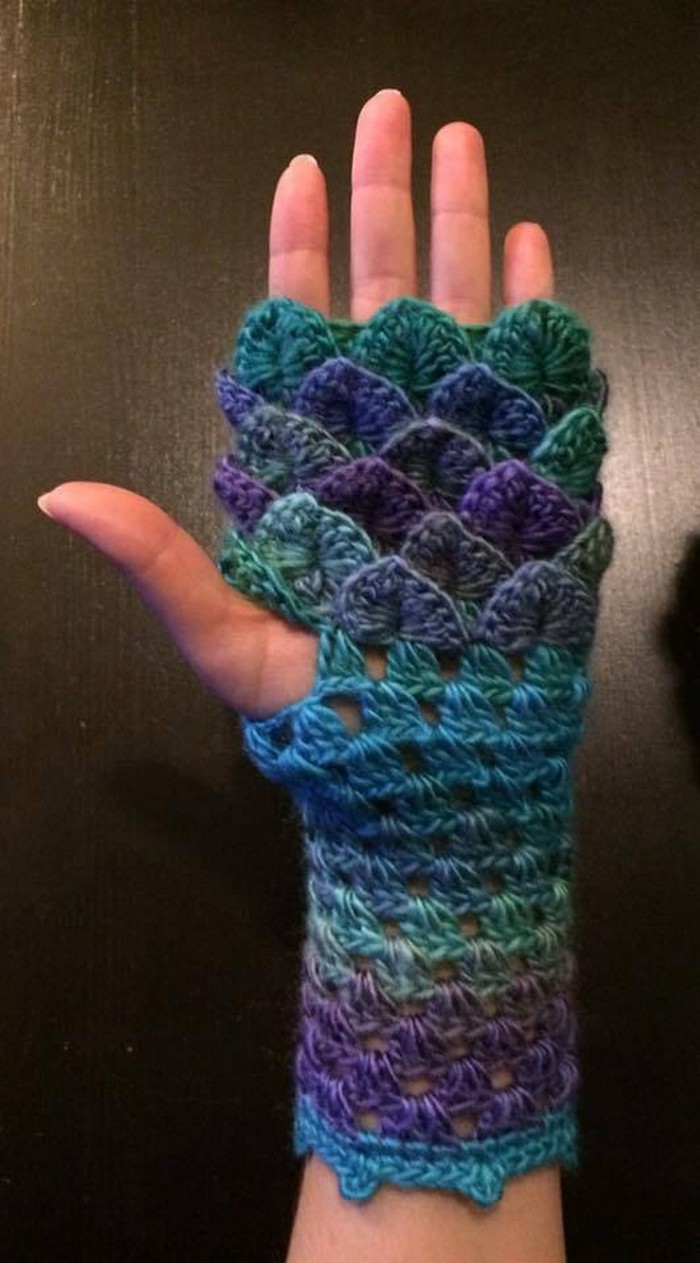 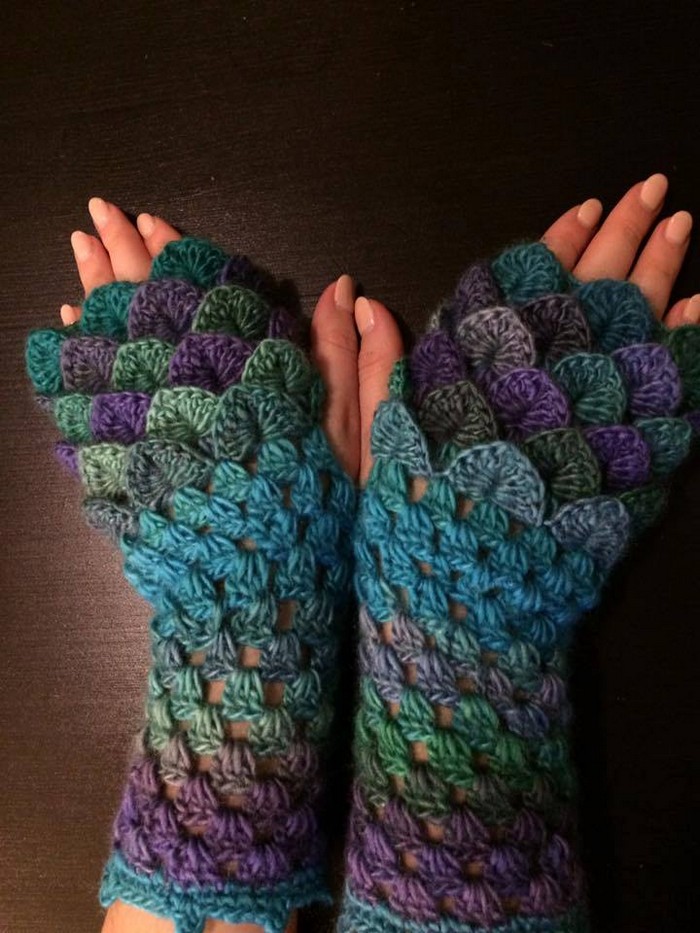 But in the end whatsoever is the perception, In the real world this is really a phenomenal effort by the crochet crafter. Because this is something totally different and new that we usually don’t happen to be around. And such is the stuff we crafters are always craving for, so what are waiting for? 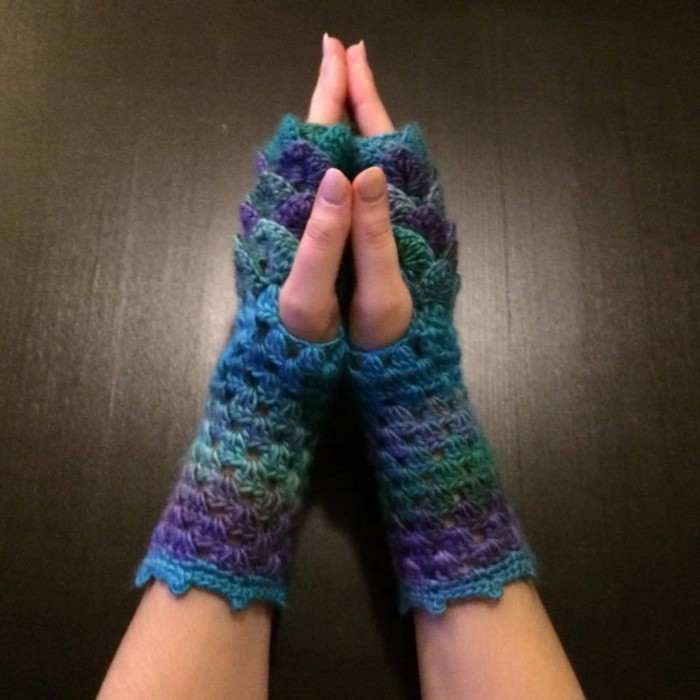